The image of rolling, golden wheat fields is quintessential—observed on the flag of Ukraine as well as in Woody Guthrie’s “This Land Is Your Land” lyrics—but 2022 is yielding many damaged or blighted fields. From the ongoing war in Ukraine to the significant drought stretching across North America, staple grains on which millions rely are no longer as reliable to harvest. And even when the drier-than-usual grains are processed, the resulting flour may act differently on a food chemistry level, leading to bad batches of croissants, as one Chicago baker recently found.

Although the wheat market has stabilized more after a rocky six months, there is significant uncertainty about wheat prices in the near future, all of which is further complicated by inflation and supply chain problems.

Thankfully, there are fantastic, underutilized grains you can turn to and help support a better agricultural system and diet, all the while insulating yourself from a stressed wheat supply. You might recognize these grains from your childhood—a certain Quaker-hatted character hawking oats or a deli counter pumpernickel teaching you to love a new kind of bread. Historically, these different varieties and grain blends were used to make crackers, bread and pastries.

Then All Purpose flour arrived on the scene. “Most flour was just this nameless, faceless, blended, sifted nothing,” says regional grain expert June Russell of the Glynwood Center for Regional Food and Farming. “If you look at what offerings at the supermarket have really been reduced to, it’s AP flour, what Karen Hess referred to as ‘an abomination.’”

RELATED: 5 Wild Grains You Can Cook With

Instead of wheat and “sifted nothing” flour, here are some grains with more character, resilience and oomph to try. With each of these alternative grains, it’s important to not get ahead of ourselves—or what their growers can produce. Many alternative grain farmers already have a hard time meeting demand. Being neighborly and leaning into experimentation can go a long way.

“Craft baking, from artisan bakers to home bakers, is very energetic and very interested in working with new farmers and new varieties,” Russell says. While production bakeries need consistency and volume, smaller bakers can more easily roll with the punches and test varieties or alternative flours on a smaller scale. If your local mill only has something rare or unexpected, consider it a blessing, not a curse.

If grains went to school, rye would be the goth on the sidelines. That’s not just because of its often darker hues and unique uses but its origins from the sidelines. In her cookbook Flour Power (to be published on August 30), Tara Jensen writes that “when grain was domesticated throughout the Middle East, barley and einkorn dominated the cultivated fields, but the wild edges—and the rye that grew in them—crept in.”

Today, rye is the spotlight of many dishes. You can find rye in alcoholic beverages such as whiskey or the Slavic kvass. It’s a staple in Nordic bakes, including cracker-like rusks, hole-punched flat loaves called ruisreikäleipä and Sami flatbreads that are hydrated with reindeer broth. But the most famous application of rye in the US has to be Jewish deli loaves, a treat so good that the trailblazing food writers Jane and Michael Stern traveled the country searching for the best loaf (Zingerman’s Deli in Ann Arbor won). Beyond deli loaves, maybe the next American rye creation has yet to be baked. Mika Ulmet, a baker at the bakery Wide Awake in Ithaca, New York, is looking forward to that future bake. “There hasn’t been much of a deep food culture in the US surrounding rye flour,” she says. “So, I think it’s exciting that there are bakers that are interested in bringing that from their own origin.”

For Ulmet, that means experimenting with sourdough ryes. Flour Power can help here, too. The book features an entire chapter on sourdough ryes, from buttermilk orange rye to a mountain rye using the mossy, cidery Wrens Abruzzi winter rye. Jensen also digs into the chemical differences in rye berries compared to wheat berries (many active enzymes, little gluten, more sugar) that make working with a starter and dough incredibly unique. If you want an exciting, malty, earthen flour, start with a light rye and see how it feels. Ulmet also points out the ecological perks of using rye. “It’s exciting in the sense that, as a crop, it provides so many different benefits to the farm,” she says. “It has weed-suppressing properties. It also holds soils, reduces erosion and is super drought-tolerant.” 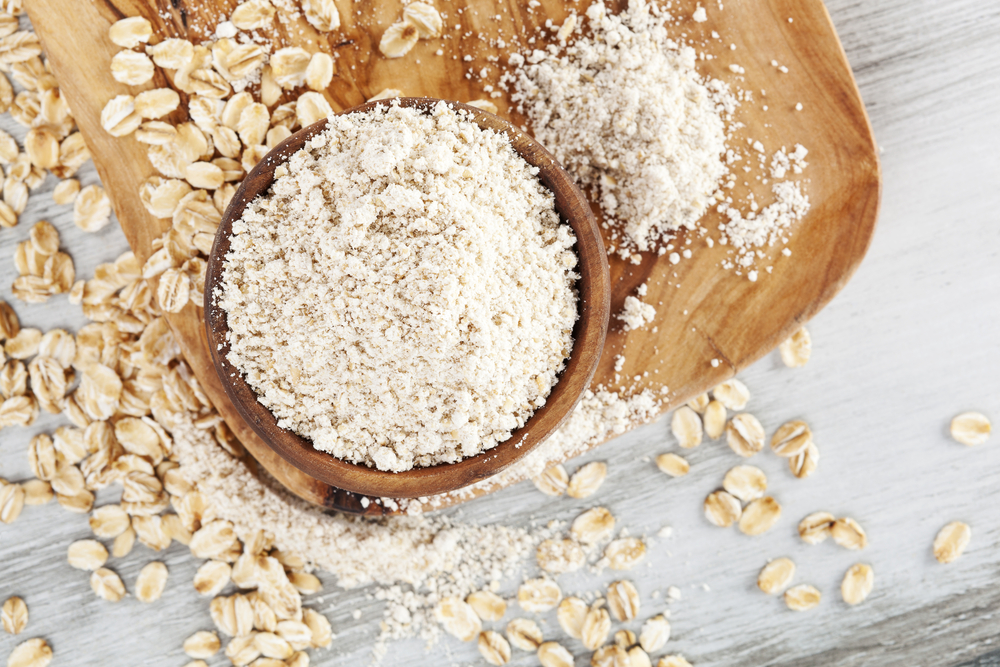 While the world produces more oats than rye, much of it becomes animal feed. Seventy percent of EU oats grown in 2019 was for animal feed, compared to the 14 percent humans consumed. Yet, they often rank among people’s favorite whole grain, and for good reasons.

As Emma Zimmerman describes in her new cookbook, The Miller’s Daughter, freshly ground oats can taste buttery and cinnamony with some tannic notes and a level of freshness that’s hard to describe or achieve if you don’t have access to freshly rolled oats. As they’re high in oil and susceptible to rancidity, many processors neutralize the oil and with it that buttery taste. See if you have a local oat supplier and lean into buttery oats (whether store-bought or fresh) with recipes such as cacio e pepe riso-oat-o or savory pumpkin porridge from the book. As Zimmerman shows, there’s a big world of savory oats to explore. 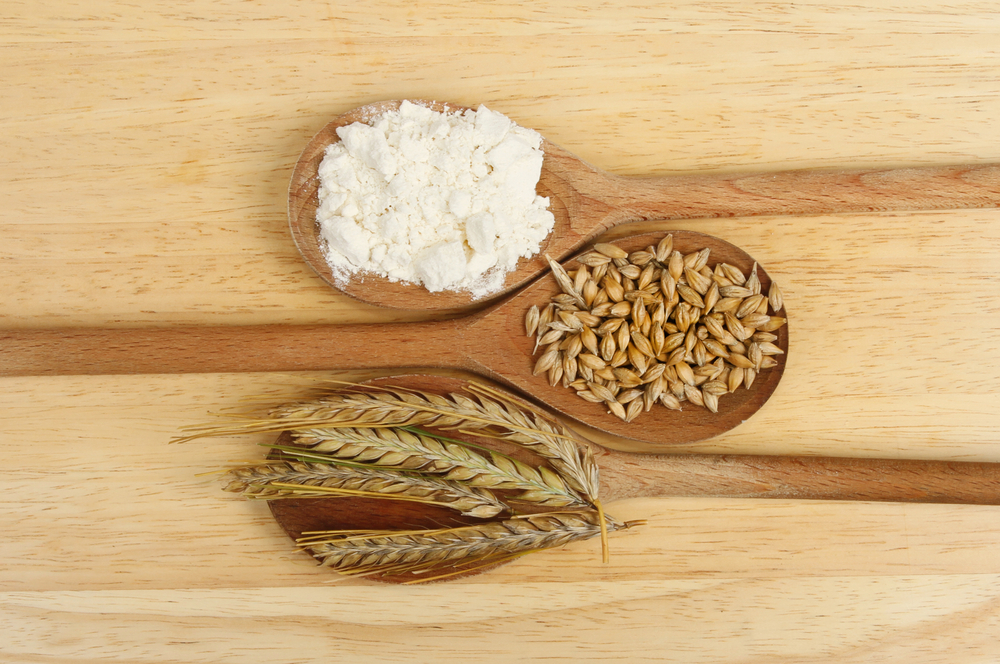 Once you dive into the different ways grains can be processed, you’ll be amazed at the variety of options. Barley, for example, can be polished, hulled, flaked, milled and pearled, each method highlighting a different texture or flavor of the original whole grain. If you don’t know where to start eating barley, try the “week’s worth of barley without any boredom” section of Abra Berens’ cookbook Grist. Instead of boiling a pot of grains six times a week for 30 minutes (45 if the barley is hulled), Berens’ flowchart is a charming mix of salads, cakes, soups and even a spiced milk porridge.

A well-stored cooked grain can last at least three days in the fridge and longer if prepared into additional dishes. Barley grits can become griddle cakes, pearled barley can be stewed in cholent (a Jewish stew) and flaked barley can be used in place of rolled oats to bake granola. Barley’s benefits extend to its hardiness, too: You can find this grain growing everywhere from arctic environments to tropical plains. As breeding experiments push to quicken the already relatively short growing season for barley and help harvests survive intensifying temperatures, it has the potential to become an even more resilient crop. And, hopefully, it will be one you love to prepare.

The world of alternative grains is as varied as it is vast. From sweet sprouted amaranth to polka-dotted buckwheat to creamy Bloody Butcher corn, you might have a hard time returning to All Purpose flour even after you work your way through rye, oats and barley. And with the food system twisting itself into knots, today’s a great day to start adding more variety to your pantry.

In Michael Twitty’s Kitchen, There’s Room to Be Your Whole Self