Emma Hearst and her husband John Barker, graduates of the Culinary Institute of America, had been working as professional chefs for 15 years when they decided to make a change. Instead of creating dishes with ingredients, they wanted to grow them.

The shift from cooking to farming made sense considering Barker, who grew up in Ohio with farmers on both sides of his family, spent his days off from working in restaurants volunteering at local farms and watching YouTube videos about how to grow different vegetables. The couple’s culinary backgrounds give them a unique advantage as farmers, because they know what they want to cook with and what their customers will enjoy cooking with—and eating.

In 2015, the couple left New York City and moved two and a half hours north to the Albany area. They purchased a 20-acre property located in the middle of a suburban residential neighborhood in Latham, New York that would soon become Forts Ferry Farm. The former owners of the property, surrounded by homes with yards that back onto the farm, were hobbyist farmers who mainly used the property for their gravel business and grew some crops on the side.

“A lot of neighbors didn’t even know there was a farm here because it was really overgrown,” says Barker.

Their purchase saved the land, which had operated as a farm for more than two centuries, and its 1840s-era farmhouse from development. The location is unique for the Albany area, where most other farms are located further outside the city. “We have so many people within walking distance who can come here and shop,” says Barker. “They live feet away from where the produce is grown.”

Forts Ferry Farm grows more than 200 varieties of vegetables, culinary herbs and more than 90 types of flowers on three acres of their property, which includes vegetable plots, greenhouses and a small orchard.

The chefs-turned-farmers are trying to fill a need in their region, and they are particularly interested in introducing customers to unique varieties of produce. “We wanted to grow things we were really excited about and could see ourselves cooking with,” says Barker.

That sometimes means going against the grain of what’s already being grown in the Hudson Valley. “New York is apple country, but we are not doing apples,” says Barker. “We always try to do something a little bit different from what’s going on around us.” Instead of apples, for example, they grow plums, pears, cherries and peaches in their orchard.

“We grow mostly heirloom [fruits and vegetables], but we refine each year based on what grows well, what sells well and what we enjoy growing,” says Barker. Some examples of what they grew this year include microgreens, 18 varieties of tomatoes, ramps, Peruvian ginger, Silverline melons, dragon’s egg cucumbers and 18 varieties of peppers ranging from sweet to hot. 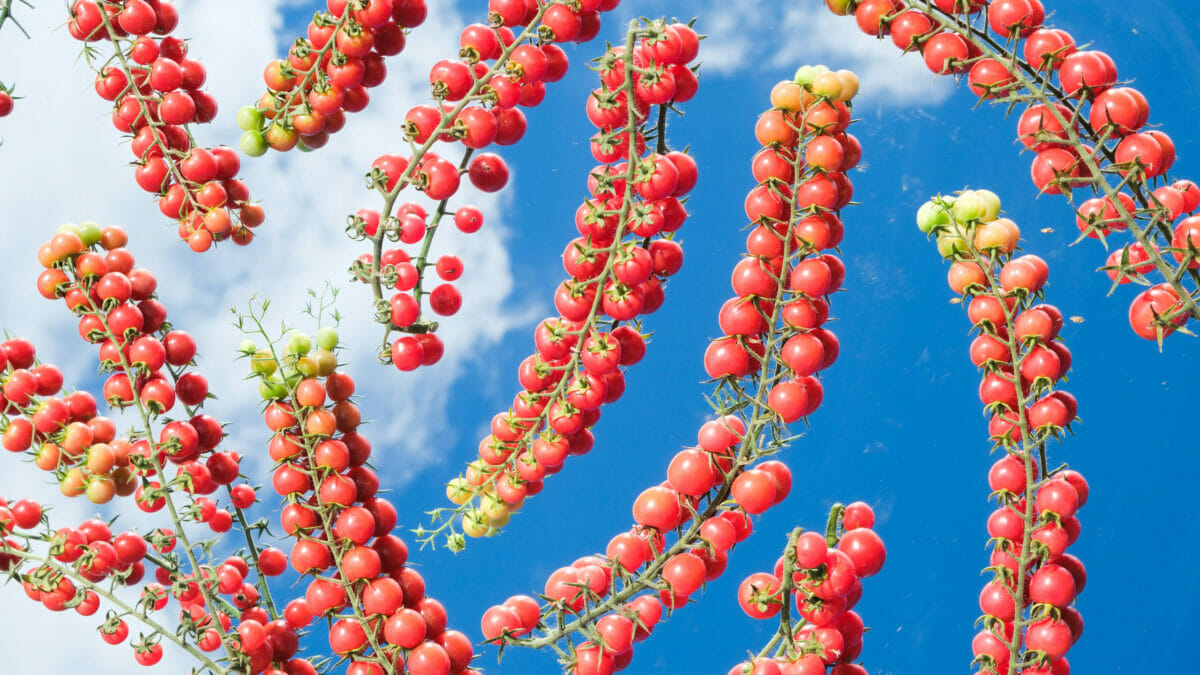 And now, thanks to the farm’s new on-site market eatery, For Fun, visitors can enjoy meals made with the farm’s crop on site. “We started out both growing, but Emma knew she wanted to get back into the kitchen and cook for people and entertain,” says Barker. Hearst’s attention is now mostly devoted to the eatery, where she whips up pizza, salads, sandwiches and baked goods featuring their produce, as well as scratch-made breads and doughs.

The market sells provisions including pantry staples from brands they love, plus to-go meals, honey from the farm’s bees, as well as paprika, chili oils and chili powders made from peppers grown and dehydrated at the farm.

“We always end up having a surplus of peppers,” says Barker. This created a unique opportunity for their kitchen team to develop some creative products. “We’ve tested out dozens of types of hot sauce. We’ve made a few different types of chili powders, nothing like you’d get at any grocery store.”

They make their chili powder at the farm from seed to jar. “It’s ridiculously labor intensive,” says Barker. “There’s probably a reason why not a lot of other farms do it.”

But facing new challenges is par for the course at Forts Ferry Farm. “There was a big learning curve,” says Barker. “At first, we didn’t have any utilities or buildings, just an open 20-acre field that we little by little have been piecing together.”

“We are learning as we go. We’ve brought in some proper, educated farmers who brought a whole new set of knowledge and perspectives and methodology to how we grow our food,” adds James Barker, John’s brother, who came on board in 2017 to head up the farm’s creative direction.

Forts Ferry Farm is a destination: It has hosted events such as yoga classes and car shows. It has fire pits, picnic tables and lawn games. It’s a fun and inviting space that aims to welcome its neighbors, to feed and entertain them and to get them thinking about where their food comes from and sustainability.

“One of the main pieces of our business is bringing people onto the farm, showing them how we grow things, feeding them, showing everybody a good time,” says Barker, “and being a hub for the community.”

6 Falls Tasks To Ready Your Small Farm For Winter