Could Edible Cactus Be the Next Big Specialty Crop?

Shawn Jadrnicek had long loved prickly pear cactus for its tasty fruit, so when he heard the plant could also be used as animal fencing, he was curious. After first creating a pen for his own backyard chickens, the farmer and arborist helped South Carolina’s Wild Hope Farm install a fencing system to keep deer out of its vegetable garden.

The natural barrier was such a success that he brought the design to community gardens in Roanoke, Virginia, where he works as an associate extension agent for Virginia Tech.  “I’ve found this fence design tremendously useful as a farmer as it not only reduces the maintenance involved with fencing but it also generates income and will last as long as the cacti,” says Jadrnicek.

A fencing system made of cactus.

In 2021, Wild Hope Farm, which has built up a bit of a following for its prickly pear—a group that includes everyone from local brewers and farmers’ market regulars—sold around $15,000 worth of fruit from the fence. It also sells the cactus pads for food and as potted plants.

“Protection for the vegetable field was the original thought, but [the plants have] served multiple purposes,” says Peanut Belk, head of business operations at Wild Hope Farm. “Not only does it produce flowers which attract pollinators, but the fruit we can harvest and sell to different brewers and cocktail vendors. It’s a crop that we don’t have to touch and yet can make a lot of money off of.”

Often treated as a weed, nopal or prickly pear cactus has great potential as a crop. It grows natively as far north as Connecticut and can be found as far south as Argentina. Super versatile, it’s used in various products, including beauty items such as soaps, shampoos and lipstick, as well as food and beverages. It’s a popular staple food in Mexico, where it’s treated as another vegetable, used in salads, salsas, sauteed with eggs or even to make an alternative French fry. A sustainability superhero, declared by the United Nations as a food of the future, cacti are drought resistant, can improve soil health and, because they reach maturity every six months, can be harvested faster than many other crops.

But nopales are not a mainstream crop—at least not yet. Farmers, researchers and companies across the US and Mexico are working to create a larger market for cacti.

Regina Trillo, founder of Nemi Snacks, and Hector Saldivar, creator of Tia Lupita, grew up eating cacti in Mexico. After moving to the United States, both decided to begin companies centered around the plant. Nemi Snacks makes flavored edible sticks with them, which can easily replace a craving for a bag of chips or pretzels, while Tia Lupita uses them as an alternative ingredient to make grain-free tortillas and tortilla chips to go along with its line of salsas. 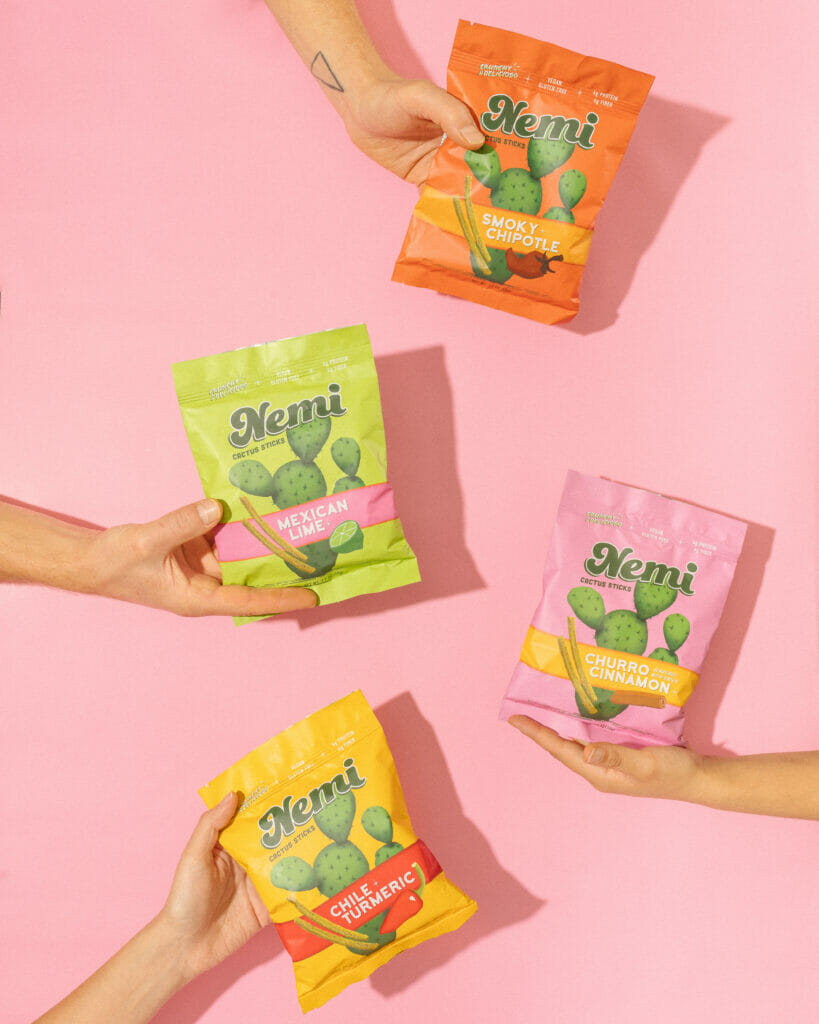 “Cactus is very near and dear to us Mexicans. It’s part of our heritage, culture and diet,” says Saldivar, who started Tia Lupita to combine his love for health and wellness with the Mexican foods and flavors he grew up with in Mexico. “Nopales are represented in the Mexican flag as a key symbol that represents the foundation of Tenochtitlan, now Mexico City. Not only are nopales high in nutritional properties, they are the oldest food in the North American continent.”

Yet, the fruit is often intimidating, especially when sold with glochids, the hair-like spines found on cacti. Wild Hope Farm developed a technique to remove these spikes from the fruits, making them safe to handle with bare hands and increasing sales, but it still had to find people to buy them. “We did have to build up the market and educate people around what the cacti are and how good they are,” says Belk 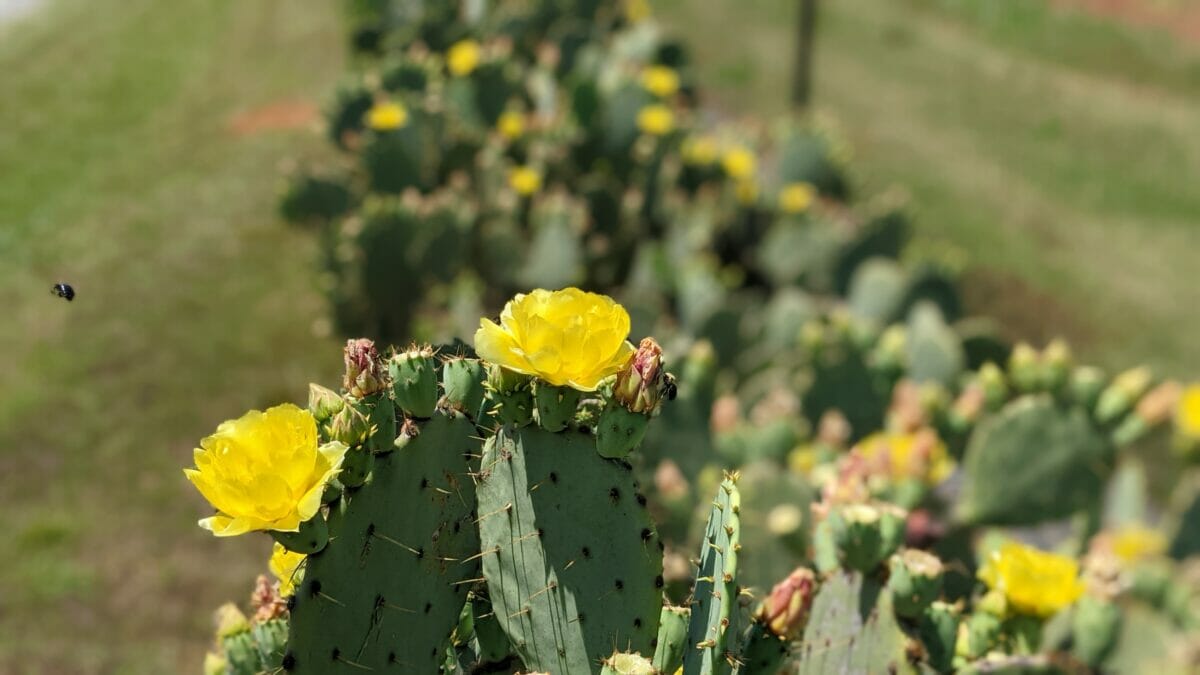 Gerardo Martínez is focused on that education piece. “The cactus can be the food of the future,” says Martínez, director of intercultural engagement and inclusion at the University of Missouri-Kansas City. Since 2018, he has worked to grow the niche market and educate people about the benefits of nopal at the farmers market, thanks to a grant from Sustainable Agriculture Research and Education (SARE) program.

“It’s got a great number of minerals and nutrients,” says Martínez, who plans to ramp up production in 2023 to regularly bring the cactus to farmers’ markets.

Nopal can be more than just a source of food for people, though. At the University of Nevada, Reno, professor of biochemistry and molecular biology John Cushman found a lot to love about the plant during a soon-to-be-published study. “It’s cold tolerant, there are many uses for its fruit as food, the young pads can also be consumed for fresh vegetables, it can be used to feed animals and supplement up to 40 percent of cattle’s diet and 100 percent of sheep and goats’ diets,” says Cushman. “The idea is we could eventually replace some other crops.”

Cushman and his team are also looking at it as an alternative bioenergy. While that might still be a ways off, we’re starting to see more nopales grown stateside, offering many a taste of home—and for farmers, a taste of what could be their next cash crop.

How Old Is OLD For Your Sheep? We Have Answers

How Old Is OLD For Your Sheep? We Have Answers