Three Microgreens Starter Sets To Get You Growing

Microgreens get a lot of attention in the winter months. People are itching to grow something green, eat something healthy and start new habits and hobbies. Enter the wonderful world of microgreens.

Many companies have made it very simple to learn and begin growing microgreens at home. Below, we review three different starter sets to help you decide which system sounds best for you.

But first, a few questions about microgreens.

These tiny garnishes pack a nutritional punch of concentrated nutrients up to 40 time the value of mature greens. All microgreens are high in antioxidants and most contain potassium, iron, zinc, magnesium and copper in denser levels.

Many hobby farmers grow microgreens for themselves or to sell at farmers markets to generate income.

How Long Do They Take to Grow?

All microgreens can be grown and harvested between seven to 10 days. This makes them more mature than sprouts but less mature than baby greens.

The flavors vary according to the plant. They are the same plants grown to maturity, just harvested earlier with more concentrated flavors.

Microgreen flavors can be described as spicy, sour, bitter, fresh, nutty and/or earthy, depending on the plant.

How Do I Use Them?

Popular ways to use microgreens are in salads, on sandwiches and in smoothies.

The most common varieties of seeds are from these plant families:

Read more: How do you grow microgreens? We ask an advocate.

Back to the Roots Organic Microgreens Kit 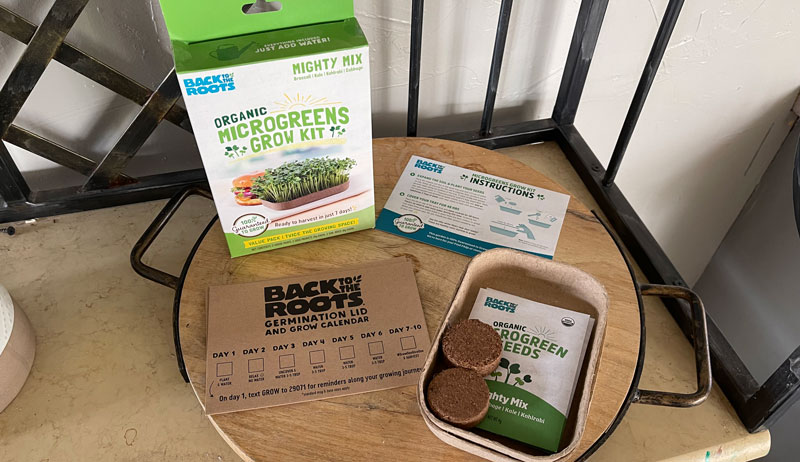 Ease of use: Checklist on the packaging tells you when to uncover and reminding you to add 3 to 5 tablespoons of water each day.

Daily Maintenance: Move locations and uncover on day three, water every day after.

Refill option: none, will need to buy another kit 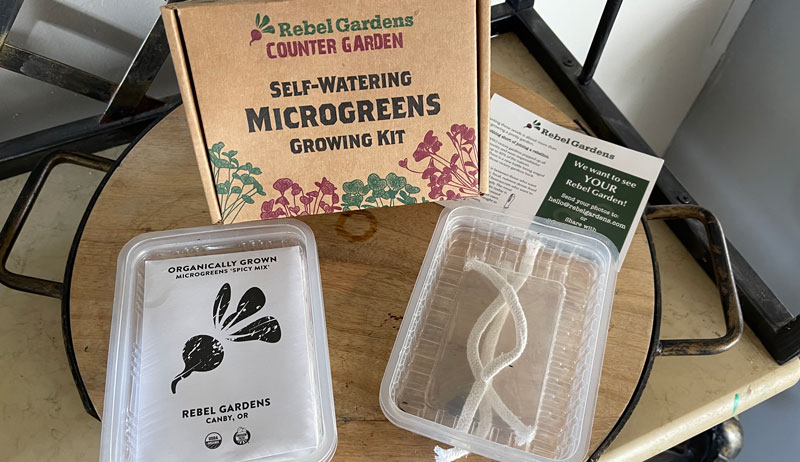 Supplies you’ll need to find: 6 oz of water per tray

Ease of use: No watering after the initial set up. You will need to place the tray in the dark for three to five days, then find a window sill.

Daily Maintenance: Move locations and uncover on day three, water each day after

Refill option: The trays are reusable. You can order new bamboo mats and seed packets for another round. 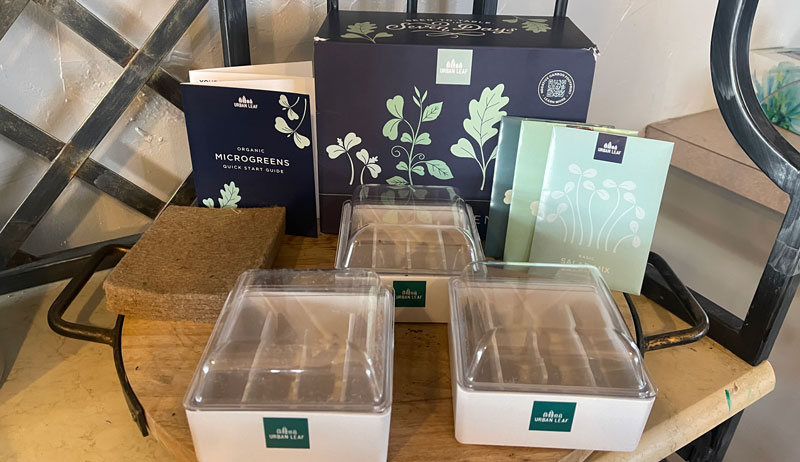 Ease of use: Checklist in the quick start guide for days on through 14.

Daily Maintenance: Uncover day 23, instructions for watering and harvesting on each day.

All kits were extremely easy to grow. The instructions were very clear and direct. All grew in relatively the same timeframe with similar sprouting percentages.

For beginners growing microgreens to gauge their own interest, or for those buying gifts for garden enthusiasts, the two $25 sets are a great introduction. However, for just $15 more, the benefit of nicer reusable trays from Urban Leaf makes the most sense.

Three of the small trays are a good amount to supply a household every 10 days. Getting into a pattern of harvesting and starting over would be very simple for users looking to add microgreens to their daily lives.

National forage and grazing experts to speak at annual conference

This Modern Farmer Wants You to Grow a New Potato Strain

This Modern Farmer Wants You to Grow a New Potato Strain

Grow An Overwintered Garden With These Crops